RPG is a game engine developed by Enterbrain, the company behind the famous Famitsu magazine in Japan. RPG maker was created for developers who have no previous experience in programming in order to create their own role-playing games.

Both of these versions allow you to make 2D games, with a more limited set of features in the older version.

The editor is based on previously used RPG Maker XP and its own scripting language RGSS which is now JavaScript.

It includes a tile set-based map editor where you can place objects and create event triggers, as well as a simple battle system. Since then, they’ve upgraded to the newest version of RPG Maker MZ.

RPG Maker games are a great way to get into game development. They are easy to use and have a wide range of features that can be used to create your own games.

While they may not be as powerful as some other game engines, they are still a great option for someone who wants to make their first game.

What are the top alternatives to RPG Maker?

RPG Maker is not the only company making a game engine. Several other companies offer similar game engines.It’s essential to do your research before purchasing a game engine Maker. You don’t want to end up with something too complicated or expensive for what it can do!

Unity is one of the most popular game engines used by developers today. It is used to create 2D, 3D, or even VR games for iOS, Android, and PC. As a bonus, it also exports to Mac!

Unity is highly regarded in the developer community because of its large online community that provides tutorials and out-of-the-box solutions for problems developers encounter while making their games.

Unity allows you to make traditional RPGs, first-person shooters, or 3D platformers. In addition, there are hundreds of tutorials on using Unity to make your own role-playing game.

You need to become familiar with the platform editor before getting started, but you don’t need any coding skills.

A very helpful tutorial for beginners can be found here. In the official documentation, you can find several tutorials about making an RPG.

Another alternative is the Godot Game Engine, which is entirely free and open source. However, I can’t recommend it as much as Unity because of its lack of tutorials and community support.

Godot uses a scripting language based on Python (similar to RGSS in RPG Maker), which can be daunting for beginners.

It does have a nice feature that allows you to export your game to different platforms such as iOS, Android, Windows, and Mac.

You can find several tutorials on how to make an RPG in Godot here.

If you are looking for something even more simple, you could try using Adventure Game Studio. It is a game engine that has been around for almost 20 years.

It uses an easy-to-use scripting language that you can learn in less than one day, making it perfect for beginners.

This engine is used to create graphical point-and-click adventure games. So, if you are looking for something that will let you create a more traditional RPG game, then this may not be the best option for you.

However, it is still an excellent tool for creating smaller games with limited scope.

One of the best things about Adventure Game Studio is that it is entirely free to download and use. This makes it an excellent option for people just starting in game development.

You can find more information about it on their official website.

Cocos2d-x is another great alternative to Unity, Godot, and Adventure Game Studio.

Cocos2dx is an open-source game development framework that has been used by mobile phone and PC gaming companies for almost a decade. As a result, millions of developers worldwide employ the engine that you may use to construct your games.

The Cocos2d-x framework is a game engine used to build games for mobile devices. Its primarily programming language is written in C++ and supports C++, Lua, and JavaScript development.

construct 3 comes with all the new features of Construct 2 but with a few more features, such as better sound and physics control, and the ability to publish for desktop, Android, iOS, and HTML5.

Construct 2 is no longer available for purchase. After it has been phased out, Construct 2 will not be updated any further.

However, you may utilize the new Construct 3 since it includes a number of new features. You can immediately use your Construct 2 .capx files in Construct 3, and you will be able to continue working with all of the new capabilities and improvements. Simply drop your .capx file into construct 3 to launch it..

It’s perfect for 2D and 3D games of all kinds – including RPGs. With easy visual scripting you don’t need any coding skills, and with no barriers to publishing your game is ready to make money on Steam, Apple’s App Store, and Google Play. Construct 3 works with Javascript or C#. It exports to Windows, Mac, Android, and iOS without the need for any code whatsoever.

You can find a tutorial on how to make an RPG in Construct 3 here.

RPG Paper Maker is a free game creation engine that lets you create 3D universes with numerous 2D sprites and even 3D objects using a simple interface for all available platforms: Windows, Linux, and MacOS. You can also use the retro-inspired graphic assets included in RPG Paper Maker to make your own projects.

This is the perfect engine for beginners who have never used an RPG Maker before. The tutorials are very clear and concise. After following the easy steps, you will be able to create your own game world in minutes.

RPG Paper Maker also includes a powerful scripting engine that lets you create your own custom events and dialogues. This is perfect for advanced users who want to add more depth and complexity to their games.

The best part about RPG Paper Maker is that it’s free! You can download it now and start creating your very own 3D RPG world. So what are you waiting for? Start your adventure today!

is an open-source game engine, with a strong focus on user-friendliness and simplicity. The editor is designed to be easy to use for beginners, but powerful enough for advanced users too.

One of the benefits of GDevelop is that it can be used to create games for multiple platforms, including Windows, Mac, Linux, iOS, and Android.

GDevelop is free and open-source software released under the GPLv3 license. This means that you are free to use it for any purpose, including commercial projects.

The editor is currently available in multiple languages and, with more languages planned for the future.

You can find out more about GDevelop on the official website below to see some starters examples. or by watching some tutorials on their youtube channel.

LibGDX is a Java-based game engine that can be used to create 2D and 3D games. It is suitable for those who want to make a more complex RPG with more features such as physics, lighting, and 3D models.

Since it is based on Java, it might be difficult for beginners to learn. However, there are many tutorials that can be found online.

My advice would be to learn about the platform to see if it’s right for you. Some examples of games made with LibGDX are PokeMMO and Pathway by Robotality.

Unreal Engine 4 is a powerful game engine that allows you to create games with stunning graphics. It’s not free, but there is a free learning edition that you can use to get started.

You can access it on the Unreal Engine website. The learning edition allows you to make games for Windows and Mac.

You can export your games to other platforms such as Android and iOS for a small fee.

The paid version of Unreal Engine 4 allows you to make games for all platforms, including virtual reality. You can find out more about the different versions on the Unreal Engine website.

Unreal Engine 4 comes with a C++ programming language, which some people might consider difficult to learn. However, there are plenty of tutorials and resources available online.

You can find a tutorial on how to make an RPG in Unreal Engine 4 at the link below.

There are a lot of RPG maker alternatives on the market, but not all of them are as good as they claim to be. All game engines have strengths and weaknesses, so I recommend that you choose the one that perfectly suits your needs.

All of these game engines can help you create your own role-playing game with just the right amount of dedication.In my opinion, the best alternatives to RPG Maker are Unity, Unreal Engine, and Godot.

They have a lot of features and resources that can help create RPGs and are very user-friendly. There are also free versions available, so it doesn’t matter if you have a small budget.

Finally, if you need some inspiration for your RPG project, plenty of resources are available online.

Unabashed tech enthusiast who spends way too much time on the internet researching the latest trends in technology. May or may not have blown his entire life savings on Dogecoin. 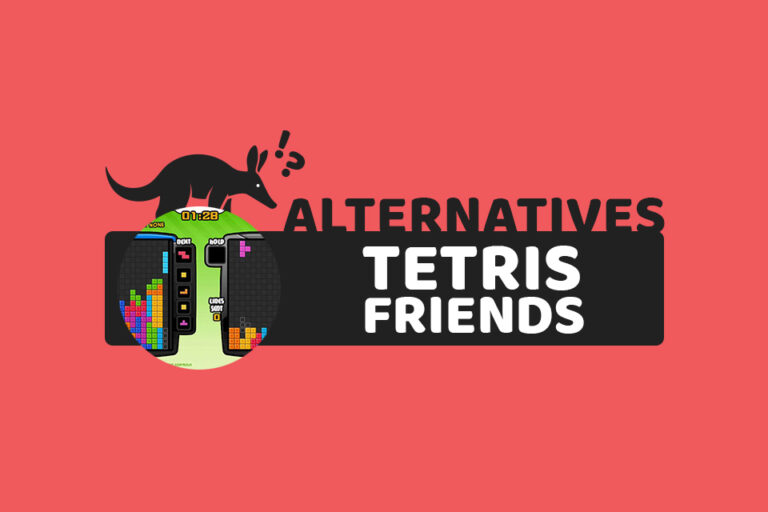 Table of Contents Tetr.ioPuyo Puyo TetrisCultris IILuminesJstrisWorld Wide CombosFinal Thoughts If people had to use just one word to describe the game… 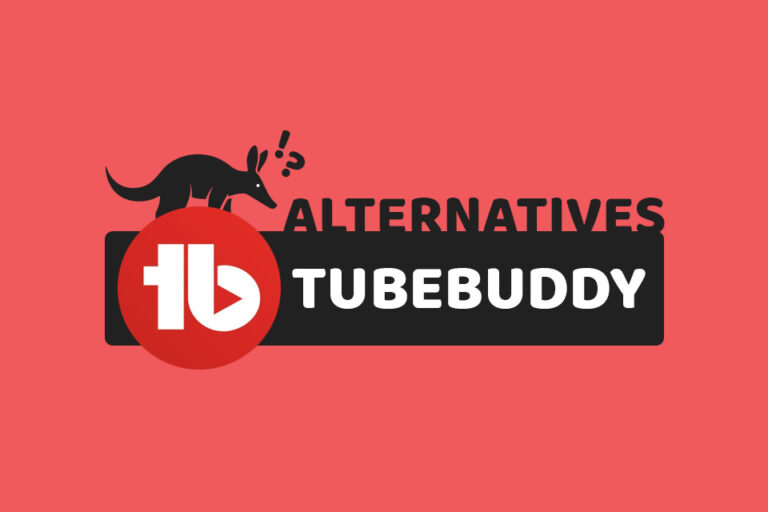 Table of Contents Video Marketing: How to Get StartedExactly what is Promo.com?What are Promo Features?Who can use promo.comHow does Promo work?What are… 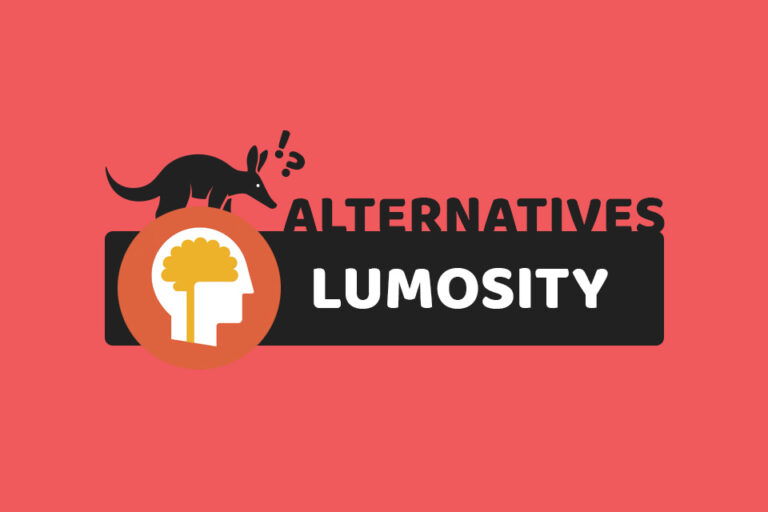 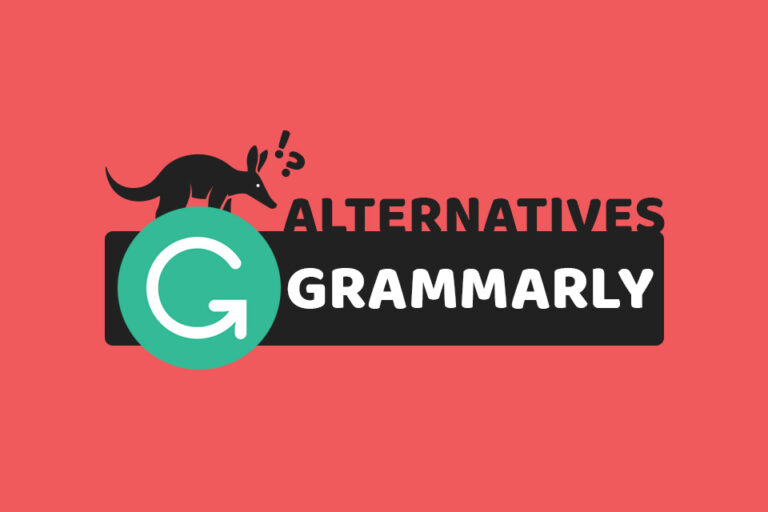